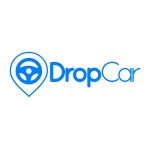 NEW YORK–(BUSINESS WIRE)–$DCAR #10Q–DropCar, Inc. (Nasdaq:DCAR) (“DropCar” or the “Company”), a provider of micro logistics technology, mobility services and cloud based software for both the automotive industry and consumers, today announced financial results and the filing of its Form 10-Q for the three and nine months ended September 30, 2019, including an update on the results of initiatives implemented to conserve cash on hand, while focusing on its most profitable business segments.

Spencer Richardson, DropCar’s Chief Executive Officer, stated, “Our plan is to continue to focus on our most profitable business segments which has translated into continued improvements to our gross margin. These improvements have also afforded the Company the opportunity to thoroughly explore the best options for strategic growth and alternatives.”

During the past few months, DropCar has taken the following actions to continue to reduce its cash burn and focus on the most profitable segments of its business:

Founded and launched in New York City in 2015, DropCar’s mission is to power the next generation of mobility by bringing the automotive industry’s products and services to everyone’s front door. DropCar’s core Mobility Cloud platform and integrated mobile apps help consumers and automotive-related companies reduce the cost, hassles and inefficiencies of owning a car, or fleet of cars, in urban centers. Dealerships, fleet owners, OEMs and shared mobility companies use DropCar’s last mile logistics platform to reduce costs, streamline logistics and deepen relationships with customers. More information is available at https://drop.car/.

This press release contains “forward-looking statements” that involve substantial risks and uncertainties for purposes of the safe harbor provided by the Private Securities Litigation Reform Act of 1995. All statements, other than statements of historical facts, included in this press release regarding strategy, future operations, future financial position, future revenue, projected expenses, prospects, plans and objectives of management are forward-looking statements. Such statements are based on management’s current expectations and involve risks and uncertainties. Actual results and performance could differ materially from those projected in the forward-looking statements as a result of many factors, including, without limitation, the ability to project future cash utilization and reserves needed for contingent future liabilities and business operations, the availability of sufficient resources of the company to meet its business objectives and operational requirements and the impact of competitive products and services and technological changes. The foregoing review of important factors that could cause actual events to differ from expectations should not be construed as exhaustive and should be read in conjunction with statements that are included herein and elsewhere, including the risk factors under the heading “Risk Factors” in DropCar’s filings with the Securities and Exchange Commission. Except as required by applicable law, DropCar undertakes no obligation to revise or update any forward-looking statement, or to make any other forward-looking statements, whether as a result of new information, future events or otherwise.