Franchise Dealers Optimistic About Store Values for Next 12 Months 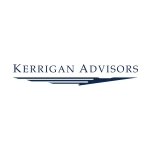 IRVINE, Calif.–(BUSINESS WIRE)–#blueskyreport—Kerrigan Advisors, the leading sell-side advisor and thought partner to auto dealers in the U.S., today released results from its first annual dealer survey. The firm’s first-ever survey was designed to gauge dealer sentiment about the future value of their businesses, as well as their perspective on franchise valuations. The survey queried 650 franchised auto dealers and found that 86% expect their business’ value to increase or remain the same in the next 12 months. Specifically, 60% of respondents were confident in the stability of their current valuation, while 26% expected their valuation to increase, with only 14% anticipating a decrease.

“These results reflect the strength of the diversified auto retail business model and dealers’ confidence in their ability to remain profitable, despite declines in new vehicle sales,” said Erin Kerrigan, Founder and Managing Director of Kerrigan Advisors. “This is consistent with Kerrigan Advisors’ most recent assessment of dealership valuations. In our second quarter 2019 Blue Sky Report®, we noted that blue sky values rose slightly in the first half of the year after three years of declines.”

“Dealer optimism about their franchise values isn’t a surprise, not when Wall Street analysts see automotive as a hedge against a possible recession,” said Ryan Kerrigan, Managing Director of Kerrigan Advisors. The Kerrigan Index™, the firm’s index of the seven publicly traded auto retail stocks, is up an impressive 41% year-to-date through September, more than double the S&P 500’s 19% gain this year. “While the news headlines tend to focus on the decline in new vehicle sales, investors are paying more attention to industry profitability, which is growing due to the higher margin parts of the auto retail business model, namely used vehicles and fixed operations. Earnings growth is what drives valuations higher and that is what we are seeing in the market today.”

While the survey showed that dealers were notably optimistic about their own dealership values over the next 12 months, they also shared opinions about the direction of specific franchise values, pointing out potential winners as well as the franchises they felt would decline in value. For example, Subaru had the highest percentage of dealers anticipating an increase in value at 43%, well ahead of second place Toyota, at 30%. There was also significant consensus among dealers about which brands were likely to decline in value over the next 12 months, with 65% pointing to Infiniti and Nissan, followed by Cadillac at 55%.

The results of the 2019 Kerrigan Dealer Survey correlate strongly with buyer demand for franchises, as demonstrated within Kerrigan Advisors’ Buyer Database. “Not surprisingly, the franchises expected to increase in value are showing strong or rising buyer demand, while franchises expected to decline in value have low or declining buyer demand,” said Erin Kerrigan. As an example, Kerrigan noted that the outlook for Volkswagen’s blue sky multiple in the most recent Blue Sky Report was upgraded to “positive” due to rising buyer demand, meaning the franchise’s blue sky multiple could increase in the next few quarters. This is consistent with the results of The Kerrigan Dealer Survey where Volkswagen ranked 4th most likely to see its value rise in the next 12 months.

The survey also showed which franchises are expected to have the most stable valuations, namely Honda, Toyota, BMW, Lexus and Mercedes. It’s no surprise that these also happen to be among the most valuable franchises in the industry and are the most consistently profitable. Kerrigan Advisors believes this is primarily due to the stability of their dealer network, high sales per franchise and the strength of their franchise business models.

The top five franchises expected to increase/remain the same/decrease in value over the next 12 months are as follows:

Kerrigan Advisors is the leading sell-side advisor and thought partner to auto dealers nationwide. The firm advises the industry’s leading dealership groups, enhancing value through the lifecycle of growing, operating and, when the time is right, selling their businesses. Kerrigan Advisors has represented on auto retail’s largest transactions, including five of the Top 100 Dealership Groups in the US, more than any other firm in the industry. Led by a team of veteran industry experts, the firm does not take listings, rather develops a customized approach for each client to achieve their goals. In addition to Kerrigan Advisors’ sell-side advisory and capital-raising services, the firm also provides a suite of consulting services including growth strategies, capital allocation, transactional due diligence, open point proposals, operational improvement and real estate due diligence.

In addition to the Kerrigan Dealer Survey, each quarter, Kerrigan Advisors publishes The Blue Sky Report®, which is the auto industry’s most comprehensive and authoritative quarterly report of dealership buy/sell activity and franchise values, received by over 9,000 industry recipients in 35 countries. Kerrigan Advisors also publishes The Kerrigan Index™, the only monthly report tracking the seven publicly traded auto retail companies. Kerrigan Advisors’ Founder & Managing Director, Erin Kerrigan, is a recognized expert on dealership valuation, real estate, and buy/sells, and is a frequent speaker at leading auto retail events and conferences, including NADA, JD Power Automotive Roundtable, Automotive News’ Canadian World Congress, AICPA, and NADC. She has also been quoted numerous times by the Wall Street Journal, CNBC, Bloomberg and The Economist and has been a keynote speaker for events hosted by American Honda Motor Company, Audi of America, US Trust, Bank of America, Ohio Automobile Dealer Association, and SunTrust Bank. Kerrigan Advisors’ Managing Director Ryan Kerrigan is also a sought-after industry expert. He is featured in a monthly column for Dealer Magazine and has written Op-Eds for Automotive News.