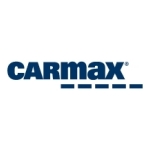 RICHMOND, Va.–(BUSINESS WIRE)–CarMax, Inc. (NYSE:KMX) today announced its board of directors has elected Mark O’Neil as a director, effective today.

Mark F. O’Neil, 61, retired as COO of Cox Automotive in March 2019. He was named to that position in 2016 following Cox’s acquisition of Dealertrack, a publicly traded provider of software solutions and services for automotive retailers. O’Neil was chief executive officer of Dealertrack and a member of its board from 2001 until 2015, served as president from 2001 to 2014 and chairman from 2005 to 2015. O’Neil worked on the development and rollout of CarMax and served in various roles at CarMax from 1992 until 2000, including as vice president from 1997 to 2000.

“Mark is an automotive industry veteran with significant experience in bringing digital innovations to market,” said Bill Nash, chief executive officer of CarMax. “I am thrilled he is joining our board and we look forward to leveraging his expertise as we continue to build a seamless integration between the in-store and online customer experience.”

CarMax, the nation’s largest retailer of used cars, revolutionized the automotive retail industry by driving integrity, honesty and transparency in every interaction. CarMax continues to innovate and is currently rolling out an omni-channel experience, providing customers the option to complete transactions entirely from home, in store, or in a seamless combination of both. CarMax has more than 200 stores nationwide, and during the latest fiscal year sold nearly 750,000 used cars and 450,000 wholesale vehicles at its in-store auctions. With more than 25,000 associates, CarMax is proud to have been recognized for 15 consecutive years as one of the Fortune 100 Best Companies to Work For®. For more information, visit www.carmax.com.