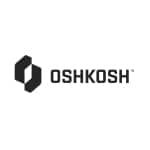 OSHKOSH, Wis.–(BUSINESS WIRE)–$OSK #Oshkosh100Strong–Oshkosh Corporation (NYSE:OSK), a leading innovator of mission-critical vehicles and equipment, announced today that it has been named a Military Friendly® Employer by VIQTORY, a veteran-owned business that supports veterans with employment assistance, entrepreneurial mentoring and education opportunities, for the third consecutive year. In addition, this is the first time the company has placed in the top ten and earned the “Gold” designation. The company has also earned the Supplier Diversity Program distinction for the second consecutive year.

Oshkosh Corporation has a long-standing commitment to hiring veterans and honoring those who have served. Oshkosh Corporation has more than 900 active-duty and National Guard reserve military team members and veterans and has an active Military Network focused on rallying, recruiting and recognizing military members and veterans.

“We are honored to not only receive the Military Friendly Employer distinction for the third consecutive year, but also to achieve the elite designation of being one of the top ten employers that support our military men and women,” said Robert H. Sims, Oshkosh Corporation Executive Vice President and Chief Human Resources Officer. “At Oshkosh, supporting our team members is at the forefront of everything we do, and we look forward to continuing to grow and serve our military family.”

Since 2003, the Military Friendly ® Employers list has come to set the standard for organizations to provide the best opportunities for veterans and their spouses. This prestigious list provides a comprehensive guide for veterans and their families using data sources through continuously improved methodology, criteria, and weightings developed with help of an independent research firm, and proprietary survey information from participating organizations. Organizations earning the Military Friendly ® Employer designation were evaluated using both public and government data sources with responses from a comprehensive survey completed by the employer.

The methodology, criteria, and weightings were determined by VIQTORY with input from the Military Friendly Advisory Council of independent leaders in the higher education and military recruitment community. Final ratings were determined by combining an organization’s survey score with an assessment of the organization’s ability to meet thresholds for Applicant, New Hire Retention, Employee Turnover, and Promotion & Advancement of veterans and military employees.

In addition to being named a Military Friendly® Employer, Oshkosh Corporation is a partner in the United States Chamber Foundation “Hiring Our Heroes” initiative and Veterans Job Mission.

The 2020 Military Friendly ® Employers list will be published in the December issue of G.I. Jobs magazine which is distributed to TAPS centers globally to reach our veteran community. The list can also be found at www.militaryfriendly.com.

Founded in 2001, VIQTORY is a service-disabled, veteran-owned small business (SDVOSB) that connects the military community to civilian employment, educational and entrepreneurial opportunities through its G.I. Jobs ® and Military Friendly ® brands. VIQTORY and its brands are not a part of or endorsed by the U.S. Department of Defense or any federal government entity. Learn more about VIQTORY at www.viqtory.com.

At Oshkosh (NYSE: OSK), we make innovative, mission-critical equipment to help everyday heroes advance communities around the world. Headquartered in Wisconsin, Oshkosh Corporation employs more than 15,000 team members worldwide, all united behind a common cause: to make a difference in people’s lives. Oshkosh products can be found in more than 150 countries under the brands of JLG®, Pierce®, Oshkosh® Defense, McNeilus®, IMT®, Frontline™, Jerr-Dan®, Oshkosh® Airport Products, CON-E-CO® and London™. For more information, visit oshkoshcorp.com.

®, ™ All brand names referred to in this news release are trademarks of Oshkosh Corporation or its subsidiary companies.