PEMCO Poll: Many Think That NW Drivers Get Away with Cheating in the Carpool Lane 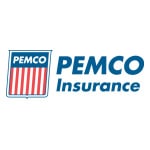 SEATTLE–(BUSINESS WIRE)–Many Northwest drivers can relate to the frustrating feeling of sitting in gridlocked freeway traffic while cars in the high-occupancy vehicle (HOV) or “carpool” lane zoom by. Adding to the irritation, the latest poll from PEMCO Mutual Insurance suggests that many Northwest drivers share skepticism that those smooth-sailing commuters are using the HOV lane legally – and they think they’re getting away with it, too.

The PEMCO Insurance Northwest Poll finds that the majority of drivers in Washington and Oregon (84%) say they understand the laws that dictate who may use HOV lanes and when, at least fairly well. Yet, the poll also finds that about two-thirds (66%) say they see other drivers abusing the carpool lane at least sometimes – that is, witnessing drivers using an HOV lane when they don’t meet all the legal requirements, like having the minimum number of passengers or using it outside of specified times.

What’s more, most drivers think that carpool lane cheaters are getting away with it: more than half (56%) think that violators are rarely or never ticketed for the offense.

“When it comes to the carpool lane, it seems as though this poll tells us two stories – on the one hand, it’s encouraging to hear that a majority of drivers know the rules and say they follow them. On the other hand, it appears many drivers think we have a problem with cracking down on the cheaters,” said Derek Wing, PEMCO Insurance spokesperson. “With more and more traffic spreading throughout our metro areas, it can certainly be tempting to take the lane of least resistance, but it’s important to remember to respect and obey the rules of the road.”

According to authorities, HOV violations are one of the top traffic complaints the Washington State Department of Transportation and Washington State Patrol receive from drivers and residents. However, very few PEMCO poll respondents admit to using HOV lanes illegally themselves.

Instead, 81% of Northwest drivers say they rarely or never duck into the carpool lane when they know they don’t meet the requirements. By contrast, younger drivers tend to fess up to the offense. They’re almost three times more likely than their older counterparts to admit to using HOV lanes when they’re not supposed to (23% vs. 8%).

When it comes to catching the violators, drivers largely support law enforcement efforts to keep the HOV lane honest: about half of drivers in Portland and Seattle (48% and 58%, respectively), agree that enforcing HOV lane laws is a good use of law enforcement’s time and resources.

Interestingly, despite the outcry for justice from drivers, most think the cost of an HOV violation ticket is about the right amount – if not a little high. In Washington, the fines for HOV violations increased in 2019 to $186 for the initial offense and repeat violators pay $336. There’s also an additional $200 fine for drivers who use a doll or dummy to make it appear they have another passenger. In Oregon, the initial offense is $260.

For a complete summary of PEMCO’s proprietary poll results visit www.pemco.com/blog/nw-polls, where you’ll find responses collected by FBK Research of Seattle in October 2019.

About the PEMCO Insurance Northwest Poll

PEMCO Insurance commissioned this independent survey, conducted by FBK Research of Seattle, that asked Washington and Oregon residents questions about driving habits and attitudes toward current Northwest issues. The sample size, 578 respondents in Washington and 427 in Oregon, yields an accuracy of +/- 4.2 and 4.8% respectively at the 95% confidence level. In other words, if this study were conducted 100 times, in 95 instances the data will not vary by more than the associated error range.

Supplemental interviews were conducted with people living in the Seattle metro area, including King, Snohomish and Pierce counties, and those in the Portland metro area, including Clackamas, Marion, Multnomah and Washington counties. The sample size, 578 respondents in the Seattle area and 509 in the Portland area, yields an accuracy of +/- 4.2% and +/- 4.4% respectively at the 95% confidence level.

PEMCO Insurance is the Defender of Your Northwest, providing auto, home, renters and boat coverage. We are consistently recognized for outstanding service, employee expertise and social impact. Our Mutual Good programs raise the achievement levels for youth in education; build stronger, greener environments; and increase safety at home, on the road and at play. Our mission: Free our communities to worry less and live more. To learn more, visit www.pemco.com.