The newly introduced Croner medium-duty range in Australia will feature the Allison 3000 Series™ automatic transmission as standard across the line up, a factor that has attracted Australia’s largest registered transport fleets.

INDIANAPOLIS–(BUSINESS WIRE)–Allison Transmission, the largest global manufacturer of medium- and heavy-duty fully automatic transmissions for commercial and military vehicles, and UD Trucks are partnering to produce another automatic option for trucks in Australia. UD Trucks has a strong history with Allison, widely offering the automatic option in its medium-duty trucks in Australia for more than 12 years.

The new UD Croner medium-duty trucks will be available in two models: the 4×2 PK and the 6×4 PD, both with Allison 3000 Series™transmissions coupled with UD’s 280 hp 8-litre GH8E engine.

Australia Post, which operates Australia’s largest fleet of road-registered trucks, has been among the first companies to purchase a large number of the new UDs. They have taken delivery of 40 new UD Croners for postal and parcel delivery operations across both Australia Post and its associated StarTrack brand. Together, Australia Post and StarTrack operate a fleet of 2100 light- to heavy-duty trucks, deliver more than three billion items a year, operate a network of more than 4,000 post offices and 15,000 street post boxes, with a staff of more than 50,000 people.

Australia Post National Fleet Manager, Terry Bickerton said the decision to purchase UD Croners was influenced by the availability of Allison Automatics as standard equipment. “Australia Post does not buy manual trucks, and we introduced Allison Automatics into our operations because of their reliability, safety benefits and lower maintenance costs when compared with manual vehicles,” said Bickerton.

Designed for severe, high start-stop duty cycles, the Allison fully automatic transmission uses a torque converter for launching, so there is no mechanical clutch to wear out. Extended service intervals consist of just oil and filter changes, keeping vehicles on the job longer. An Allison Automatic makes vehicles easier to maneuver, increasing uptime and improving productivity.

“Our drivers have given us feedback that automatic trucks help reduce work fatigue and are easier to operate in metropolitan areas,” said Bickerton. “The Allison Automatics make it easier for our drivers to concentrate on maneuvering their truck in city traffic by removing the need for them to worry about gear changes. They also deliver improved transit times in heavy traffic environments because they allow the truck to accelerate up to a safe operating speed faster and with greater efficiency.”

Allison Transmission (NYSE: ALSN) is the world’s largest manufacturer of fully automatic transmissions for medium- and heavy-duty commercial vehicles and medium- and heavy-tactical U.S. defense vehicles, as well as a supplier of commercial vehicle propulsion solutions, including electric hybrid and fully electric propulsion systems. Allison products are used in a wide variety of applications, including on-highway trucks (distribution, refuse, construction, fire and emergency), buses (school, transit and coach), motorhomes, off-highway vehicles and equipment (energy, mining and construction applications) and defense vehicles (wheeled and tracked). Founded in 1915, the company is headquartered in Indianapolis, Indiana, USA. With a market presence in more than 80 countries, Allison has regional headquarters in the Netherlands, China and Brazil with manufacturing facilities in the U.S., Hungary and India. Allison also has approximately 1,500 independent distributor and dealer locations worldwide. For more information, visit allisontransmission.com.

Director of Communications and Media Relations 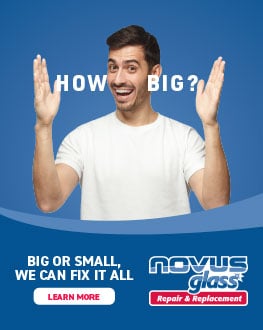 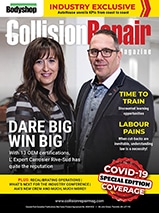 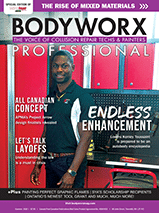