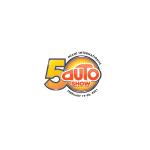 50th Anniversary Show to Be Held in February, 2021

MIAMI–(BUSINESS WIRE)–The Miami International Auto Show, one of the nation’s premier auto expositions, will be moving its show dates to February beginning in 2021. The Auto Show will celebrate its milestone 50th anniversary show in the Miami Beach Convention Center on February 19-28, 2021.

The announcement was made by Richard A. Baker, President of the South Florida Automobile Dealers Association, together with representatives of the City of Miami Beach and Greater Miami Convention and Visitors Bureau at the auto show’s annual Media Luncheon held on Friday.

“The Auto Show is thrilled to join the elite list of world-class events that define South Florida each February,” said Baker. “We appreciate the tremendous support of the City of Miami Beach in making our move to the winter a reality.”

Miami Beach Mayor Dan Gelber stated, “The Miami Auto Show has been part of Miami Beach’s wonderful history. I look forward to celebrating their historic 50th in 2021 as the car world moves into an incredible new era.”

“The Miami International Auto Show has stood the test of time as one of the longest-lasting marquee events in our community,” said William D. Talbert, III, CDME, President & CEO for the GMCVB. “As a major event town, there is no better place than Greater Miami and the Beaches to host The Auto Show’s 50th year anniversary.”

Baker added, “The opportunity presented itself for the Miami Auto Show to move to the winter when Detroit decided to move its show to June.”

Preparations have already begun for the 50th anniversary show which will offer a host of new attractions and engagements for show visitors. The show will be announcing the new initiatives as they become finalized in the coming months. South Florida’s love affair for automobiles, trucks, SUVs and crossovers will be front and center at the 50th anniversary Miami International Auto Show.

Since its inception in 1971, the South Florida Automobile Dealers Association has been the official sponsor of the Miami International Auto Show. Today, the organization comprises more than 200 new car dealerships in Miami-Dade, Broward, Palm Beach and Monroe counties.