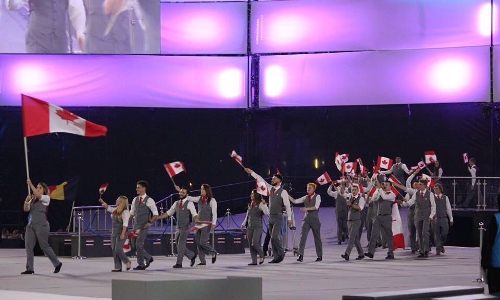 Weber placed in 18th out of 22 in the car painting competition, while Dujmovic finished 15th out of 20 in autobody repair.

Weber previously told Bodyworx Professional magazine: “I’m very honoured to have been picked for the final and it’s an amazing feeling to know that a girl can get this far, and it’s a special privilege to represent not only Canada but also Manitoba.”

In total, some 1,300 competitors from 59 member countries and regions from around the globe attended the event in Abu Dhabi from October 15 to 18.

“We are very proud of the 31 members of WorldSkills Team Canada 2017 for their outstanding performance at the 44th WorldSkills Competition,” said Shaun Thorson, Chief Executive Officer of Skills/Compétences Canada. “The determination, hard work and skills that these talented young individuals have demonstrated is truly remarkable. We look forward to seeing them prosper in their careers as they join Canada’s skilled trade and technology workforce.”

WorldSkills Team Canada 2017 is made up of 31 young skills champions, including 22 males and 9 females, ranging in age from 16 to 24, from across the country.

They participated in 28 out of 51 skill areas relating to the following six sectors: construction and building technology, creative arts and fashion, information and communication technology, manufacturing and engineering technology, social and personal services and transportation and logistics.

The next WorldSkills Competition is scheduled to take place August 29 to September 3, 2019, in Kazan, Russia. For more information on WorldSkills Kazan 2019, please visit worldskills2019.com.