Everyone has that dream car—the one whose engine sends a chill down your spine; the car that, every time you see it, you find yourself wanting more.

Personally, my own ‘dream car’ is a 1955 Ford Thunderbird, draped in canary yellow colouring—but I don’t have $100k laying around. A more realistic dream car is an early 2000s Volkswagen Beetle—in the same hue, naturally.

We all have that car; but, sometimes, you see something you never knew existed, and it triumphs all that came before.

That was the very feeling that came over me when I first saw the 1970 Plymouth Hemi Road Runner on display at Toronto’s recent Motorama show. For those that don’t know, Plymouth licensed the Road Runner name, likeness and signature “beep beep” sound from the popular Warner Brothers cartoons, beginning in 1969. The 1969 Plymouth Road Runner featured brand-new Road Runner decals—Coyote Duster insignia on the air cleaner lid and a Road Runner-themed racing stripe—as well as a horn blasting the cartoon bird’s catchphrase, “beep beep”.

Something about the vehicle ignited a passion inside me. While the one brought to Motorama by Québec-based Nick’s Garage was orange, I quickly discovered the 1969 version also came in sunfire yellow—a shade nearly identical to what I envision on my dream car. When I returned from Motorama, I bored my coworkers by bringing up the model every time I could, wondering what it was that kept drawing me to the Plymouth Road Runner. “It’s something about the collaboration between OEMs and pop culture,” I finally said to one of our writers.

Another vehicle that caught my eye, for similar reasons, was the one-of-1,350 1975 AMC Gremlin x Levi’s Edition. While the model at Motorama sported a 26-year-old silver paint job, the original model wore an indigo jean-like hue, with jean-coloured upholstery and Levi’s tags all over. The car debuted alongside the rise of denim and the launch of Levi’s affordable ‘Orange Tab’ collection, which blended well with the Gremlin’s economy car demographic.

Why don’t we see collaborations like this today? Sure—anyone can reupholster an interior with Levi’s and slap a jean-coloured paint job on there. Anyone can retrofit a Road Runner horn—they’re $100 on eBay, give or take. The idea of driving off the lot with a spectacular collaboration like a Plymouth Road Runner, donning your favourite cartoon characters (note that Plymouth’s Duster also played with Looney Toons characters, forging a logo from the Tasmanian Devil), that’s just not something you see nowadays.

Sure, Jeeps have their easter eggs. Once in a blue moon, an automaker will host a collaboration with someone or something from pop culture. But it’s not the same. When did OEMs stop being fun? 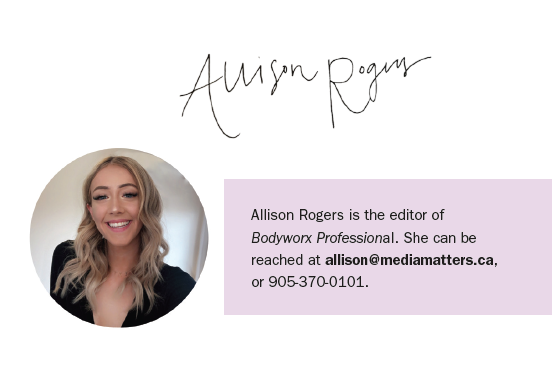 WITHOUT THE FREEDOM OF CUSTOMER CHOICE, YOUR JOB SECURITY HANGS IN THE BALANCE BY MAX REID As an industry, we