WITHOUT THE FREEDOM OF CUSTOMER CHOICE, YOUR JOB SECURITY HANGS IN THE BALANCE

As an industry, we need to level with the fact that today’s customer experience of getting a vehicle repaired is only a few steps short of a hostage negotiation. Drivers spend their hard-earned savings on vehicles they trust and depend on to get them through daily life but are often kept voiceless when the most important decisions about their vehicle are being made.

A spirit of non-competition prevails in a space where international automakers are granted absolute authority over a vehicle and allowed to make demands of the common consumer. “For OEMs, I do understand that they want to see the products respected and be compensated for the research and the investment and so forth,” said Brian Masse, federal member of Parliament representing the Ontario riding of Windsor West for the New Democratic Party. “But, to give them a pure monopoly for the life of the vehicle in perpetuity is not acceptable and is not part of our culture for any type of manufacturing, nor is it part of a wider argument for consumer choice, public safety, or the environment.”

Masse has been one of the few Canadians in the House of Commons championing the cause that has come to be known as the “Right to Repair” movement and having tabled legislation in February to amend aspects of the Competition Act, in order to create a fairer business environment for repair shops. The proposed amendment to the Competition Act would authorize the competition tribunal to mandate that vehicle manufacturers provide independent repair shops access to diagnostic and repair information and service parts on the same terms as with their own authorized repair providers.

Since 2009, he has been working alongside major automakers from across the world to try and standardize aspects of OEM repair procedure, in an effort not only to keep our collision repair industry competitive, but to promote more sensible legislation surrounding issues around emissions and electronic waste. A voluntary agreement among global OEMs operating in Canada has since been launched to serve as a venue for collaboration between automakers and the federal government. Many internationally recognized automakers have signed onto the agreement, including the “Detroit Three”; Ford, General Motors and Stellantis.

The way Masse sees it, mandating that certain repairs must be carried out by OEM-affiliated technicians at a dealership effectively devalues the existing collision repair environment in that region.

If Bob from Athens, Ontario, is given no choice but to have his truck repaired at a dealership in Kingston, an hour’s drive and nearly 70 kilometres from home, then every collision centre in the Athens area misses out on competing for Bob’s business.

Not only does this drive down business for local shops, but it keeps damaged, less-fuel efficient vehicles on the road for longer as, in the case of many rural communities, some drivers will never be able to take the time off to get repairs done in the city.

“Sometimes you’re looking at towing vehicles greater distances and that creates an even more complex situation where you’re shutting hundreds of thousands of people out of the labour force,” Masse told Bodyworx Professional.

A new wrinkle to emerge in the laying out of a Right to Repair roadmap since 2009 is the increased prevalence of vehicles as a form of data collection. All this data, things such as where a driver goes in their daily routine and what they buy, is fed directly to insurance companies and used to adjust rates, whether the driver is aware or not.

Limiting repairs to OEM-affiliated sources also carries the potential for more vehicle write-offs, suggested Masse. He compares this potential cycle to the way society, has been conditioned to think about cell phones. “How ridiculous was it for consumers to have to throw away mobile devices and phones just because a screen broke?”

As a result, vehicles end up in a salvage yard far earlier than they need to, causing surges of demand for new vehicles and therefore driving up prices for consumers. Masse compares this cycle to the way society, and the telecommunications industry, has conditioned us to think about cell phones.

“How ridiculous was it for consumers to have to throw away mobile devices and phones just because a screen broke on it? There is no lack of capability in the aftermarket to fix a piece of glass on your phone. The electronic waste and everything else becomes ludicrous,” said Masse.

He points to this practice among OEMs across all industries as being toxic to the very culture of creativity and innovation that brought the auto industry to Windsor in the first place.

The Ford Motor Company chose the Detroit- Windsor-area as its base of operations in the early twentieth century to capitalize on the skills of the burgeoning bicycle industry that existed there at the time. Masse points out that the talent and ingenuity that helped create the American bicycle industry was not meant to be the be-all and end-all of industrial craftsmanship, but the basis for a culture centred on entrepreneurialism and individuality.

“OEMs need to be respected, in that we follow the right processes; but at the same time there needs to be some protection for the consumer to go to alternative sites, especially because OEMs can’t even service their entire fleets on their own,” said Masse. “There needs to be respect for the fact that, at the end of the day, it’s your money from your wallet and that needs to be balanced out. The OEMs don’t have the right to own your capabilities for what you can do as an individual.”

A new wrinkle to emerge in the laying out of a Right to Repair roadmap since 2009 is the increased prevalence of vehicles as a form of data collection. “The software and digital stuff are of concern because it is a little bit outside of the agreement right now, and that’s where cars are headed,” said Masse.

“The information that is now being gathered and used in cars is going to be very much a part of the profit scheme for recuperation for OEMs and other manufacturers.” All this data, things such as where a driver goes in their daily routine and what they buy, is fed directly to insurance companies and used to adjust rates, whether the driver is aware or not.

“I’m in favour of informed consent where the consumer can choose how [OEMs] can sell and use their data, but it has to be provided in a full context of understanding. “It’s about having the right to protect your data. If you do decide to use your data for your benefit, you’re well-informed of what you’re giving up, but you’re also understanding of what you’re getting in return,” said Masse. The remaining questions surrounding Masse’s mission involve how best to educate the public on why the Right to Repair movement is relevant to just about everyone who owns a piece of repairable technology, and who should be charged with building its model.

“We have to decide as a country with right to repair, whether its cars or other products and services, whether this will be a national standard across our country as one piece of legislation, or whether we devolve that to the provinces and let them decide,” said Masse. “It’s a debate that Canadians need to have—and it is not happening right now.” 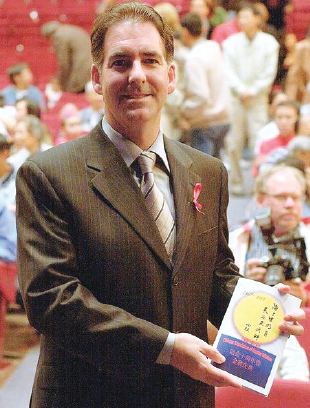 Brian Masse, MP for Ontario’s Windsor-West riding, has been one of the few Canadians in the House of Commons championing the cause that has come to be known as the “Right to Repair” movement and having tabled legislation in February to amend aspects of the Competition Act.