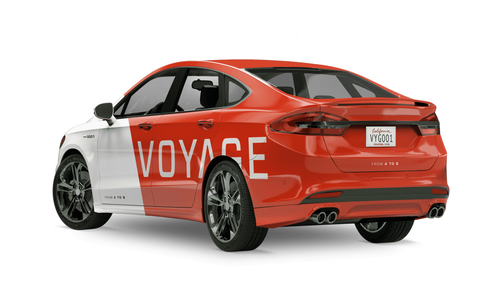 If you live in a large urban centre, you might have an easier time getting around in the coming years, thanks to a new project lead by popular post-secondary learning service Udacity. The project-company, named ‘Voyage’, seeks to put fully autonomous taxis on the road in the next 5 years, saving money for consumers, but also putting traditional drivers out of work.

Udacity is a continuously growing for-profit education company that offers degrees at a cheaper rate than traditional colleges, and also offers free courses to students. Though it may seem like a “too good to be true” proposition, they’ve actually been actively backed and supported by companies like Google, NVidia, Facebook, Bosch, and most recently, Mercedes Benz, who have just pledged to support a Self-Driving-Car engineer and repair program. In addition to that degree, they offer qualifications in Data analysis, web marketing, VR development, AI, robotics and more.

The program comes at a time when autonomous vehicles are more relevant than they ever have been, but with the impressive crash-avoidance systems in many modern vehicles, Collision repairers and body techs might be worried about their job security when said vehicles become more mainstream. You don’t need to worry though, as there are always going to parking-lot accidents, and there are always going to be people who drive their own cars. Beyond that, with the growing market for restored vintage cars, restoration, collision repair and painting jobs will only become more profitable in the near future!

The project is headed by Oliver Cameron, CEO and vice president of Udacity, with help from Udacity founder Sebastian Thrun, who is famous for having helped with Google’s earliest self-driving car projects. According to Engadget news, Cameron says “Voyage can hit that goal thanks to a maturing ecosystem that will allow the company to add autonomous functions to existing vehicles without needing to build a new self-driving car from the ground up.”

The cars will also feature voice-control and a fully automated entertainment suite, reminiscent of the Rinspeed Oasis and its contemporaries, which I saw a few months ago at the Canadian International Auto Show. What sets the Rinspeed apart from the likes of the Voyage cars is that it offers the ability to drive the car yourself – which will apparently become a luxury feature in the not-so-distant future rather than the standard.

Another thing to consider, and another reason not to get too worried about self-driving-cars, is that getting companies to standardize with one-another is almost always impossible. This means that each self-driving and autonomous car company will have their own network of maps and vehicles that their cars are connected to. If a self-driving Tesla is going down the street, it is connected to the Tesla network, and can see every other Tesla on said network. What they wouldn’t be able to see are the Google self-driving cars, or any others, and will therefore have to rely on external cameras for collision avoidance. In plain English, that means collisions aren’t going away any time soon. In fact, with the advent of the technology to the masses there will probably be a significant spike in collisions as programmers and companies work out the kinks so fear not, collision repairers of the world!