Millennials and the bodyshop: Why the rebirth of DIY culture means more future techs 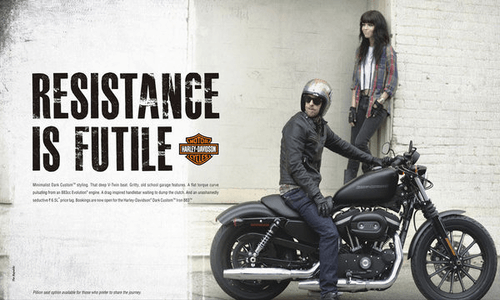 The word millennial is frequently thrown around by corporations alongside dated abbreviations like “OMG!” has ceased to have any real meaning in any socio-political context. Much like “hipster,” the term has turned into a catch-all insult by the older generations, whilst also becoming the bane of poor marketing interns who are told to create hashtags that nobody will ever use.

This isn’t a bad thing.

The death of the millennial as anything but an advertising demographic is actually, in fact, pretty healthy, and probably for the best when it comes to that generation (my generation) and their overall image. Despite the fact that advertisers and marketing companies will try to pander to millennials as “the selfie generation”, we have long passed even the most ironic ‘selfie’ taking, and most of us are just going about our lives trying to alleviate small portions of our crippling student debt at a time – a symptom of a system that told us that artisan trades didn’t matter and that university education was more important than anything else.

Thankfully, this is causing a paradigm shift amongst quite a few millennials. More of us are choosing to opt-out of the traditional systems; romanticising bohemian lifestyles and the open road, rather than being stuck in the office jobs of the generation prior. This isn’t to say that we don’t like or won’t take office jobs, it’s to say that unless we find a perfect fit, we’d much rather be homesteading or living off-the-grid. Ironic, isn’t it? The generation that’s been painted as the most jacked-in is actually more than willing to just live off the land. In fact, when it comes to things like distracted driving and texting and driving, per capita Gen-X have the highest rates, topping millennials in both distracted driving and in accidents caused by distracted driving, according to Allstate Canada and Abacus Data.

In addition, a new resurgence of the Make and DIY culture is causing quite the interest in the trades, especially those considered artisan. Harley Davidson, for example, has revamped their image to fit the aforementioned bohemian culture of the millennial generation, who are now coming into their own – albeit a bit late thanks to the student loans – as a serious economic force. This is a smart move if the company wants to stay alive. Their main selling point has always been men aged 40 or older, but according to the Milwaukee Journal, Harley Davidson was the #1 seller to new bikers, especially those aged 18-34. What’s more, is that they were the largest seller of motorcycles to young women. This is quite the accomplishment in the age of cheap disposable Chinese motorcycles which might better fit into the budget of the average young adult. In fact, most motorcycle corporations have caught on to the eclectic styling choices made by millennials, with brands like even Ducati creating vintage-inspired scrambler bikes.

What does this mean for bodyshops you might ask? We’re getting there. Millennials, as I’ve mentioned before, are far more into DIY and making culture than their predecessor generation. Harkening back instead to the greatest generation of the 1950s and early 1960s, these choices are reflected in their choices of vehicles. Old wagons are the king of cool, and slick bobber and chopper motorcycles that have a splash of rust here or there, or some uneven heat-wrap along the exhausts are absolutely what is in fashion at the moment. The café racer still reigns supreme in the bike world, but alongside the bohemian lifestyles that many millennials are seeking out comes a new respect for doing things in the classic Americana way as a cohesive aesthetic (and moral) choice.

That means that more often than not, Millennials are buying local if they can, and especially buying independent. This goes towards bodywork and custom work, as well. Kustom kulture for example, has seen a distinct downturn in the last few years, as several negative stereotypes perpetrated about those who drove around in rat-rods or on choppers, but millennials have ironically embraced these aesthetics alongside their propensity for thick flannel and facial hair, which means they’re likely more likely to go to the little guy than the big shops, especially for things like fabrication and custom work on motorcycles etc. This shows in the massive popularity of shops like Deus Ex Machina, a motorcycle and fashion shop whose Venice location is hugely successful, especially in attracting students and young adults. Another great example of the “looking for small shops” is ‘See See’ coffee & Motorcycles in Portland, Oregon, that specializes in motorcycle building and custom-work, alongside a nice coffee shop. Non-riders or non-tradesmen who are interested in how things work can go have a cup of coffee and watch motorcycles being built, and if you want a cup of good coffee while you pick up parts for your own projects, that can be done, too. It’s a nice market, but the shops success is a testament to the sort of small-business mindedness of the current generation of young-adults.

This doesn’t mean that large chains can’t still be successful: if it were the case that big equaled unsuccessful for millennials, then there’s no way facebook would have any users, and there’s no way especially that Harley Davidson would be seen as cool and hip again amongst young adults, rather than seen as lame and obnoxious. Big can still be successful, it just means that bodyshops will, like Harley Davidson, need to change their marketing towards millennials. As the masses turn more towards artisan crafting and classic vibes, the plastics and bright colours of the 90s and early-2000s will change into more neutral tones, lots of earthy colours, and crisp clear photography rather than computer generated imagery.

One thing that body shops and collision repair shops lament is the lack of young workers. Many such businesses are being staffed by long-term employees who have been there a decade or longer, and many shops are having a hard time finding new people to hire. While I’m not an economist, I predict that this will change. As more and more late-millennials (those who are just entering university now) begin to become more distrusting and disgruntled with university, they will seek trades and artisan crafts to pursue. This will especially be prevalent in painting fields, as more and more millennials seek artistic outlets that can make them money.

The future doesn’t have to be bleak for anyone, but the best way to ensure this is to simply not insult the large demographic which is just now coming into the labour and buying force. Millennials have had major setbacks regarding their finances, thanks to a tricky economic situation when we first got out of university that is just now finally resolving. Don’t treat millennials like children, don’t pretend that you need things like crazy hashtags or bright colours, and certainly don’t mistake them for the bright-colour loving teenagers that are coming after them.