Painting a vehicle is a unique artform. It is one that usually finds the most unassuming of masters: people who just want to get their hands dirty but find themselves a whole new genius along the way. This sort of humble, salt of the earth disposition perfectly describes Dorien Lozeau, the 21-year-old winner of the 2021 Skill Canada postsecondary car painting competition. In this year’s bizarre covid climate, Dorien entered the Skill Canada competition, after dominating the Skills Alberta competition earlier in the year.

He had competed in years prior—before the pandemic. So, the competition was a little different from what he was used to, to say the least.

The event was fully virtual. It was just him, the clock, and his equipment. As he worked a video was live streamed to the judges. In a normal pre-covid event, participants would work alongside one another at a huge exposition filled with crowds of people watching their every move. But this time, Dorien just had to focus on his craft.

“It was a totally different experience,” he said. “Online there was definitely less pressure, it just felt like another day of work.” As the competition came to a close.

Dorian was pleased with his performance, but he had nothing to compare it to.

“The thing is you don’t get to see your other competitors’ work. So, you can only hope you did your best and wait for the results.” When he got the news that he had won, he was ecstatic. After two days of four three-hour long projects, his hard work had finally paid off. “When I got the call and found out that I won it hit me and it’s such an awesome feeling.” For as long as Dorien can remember he has always had a passion for the automotive industry. His father was also a painter, so he learned the ins and outs of the trade from a young age.

“He was always doing restorations at home and everything so that kind of got me into it from helping him out.” Once he reached high school, he started a co-op with CSN Black Ace, located in St. Paul, Alberta and has been with them ever since. When CSN Black Ace owner Corwin Robinson found out Dorien won the competition he said he wasn’t “surprised.” “We know how good he is,” said Robinson. “He works hard, he has a passion for the industry and for his craft and that’s what makes him so valuable to our team.”

Dorien has one more year left at Northern Alberta Institute of Technology (NAIT), allowing him to compete in the Skills Canada competition one more time. Since he won the 2021 competition, he will get to bypass next year’s provincials and move straight onto nationals. On top of that, next year poses an even bigger opportunity for Dorien. Every two years there is a world-wide competition for the post-secondary division, allowing the national winner to attend.

“So, if I win nationals next year, I’ll get to go to the worlds which is usually in Shanghai, China.” “It’s pretty awesome,” said Dorien with a giggle of excitement. When asked what advice he has for young techs like himself, he says developing and honing your craft in the early stages is key. He says younger people often feel pressured to get the job done fast but learning how to do things right the first time will help them in the long run. “Take your time when you first start out. Quality comes before quantity, especially at the beginning,” he said. “Once you get good, speed will come.” 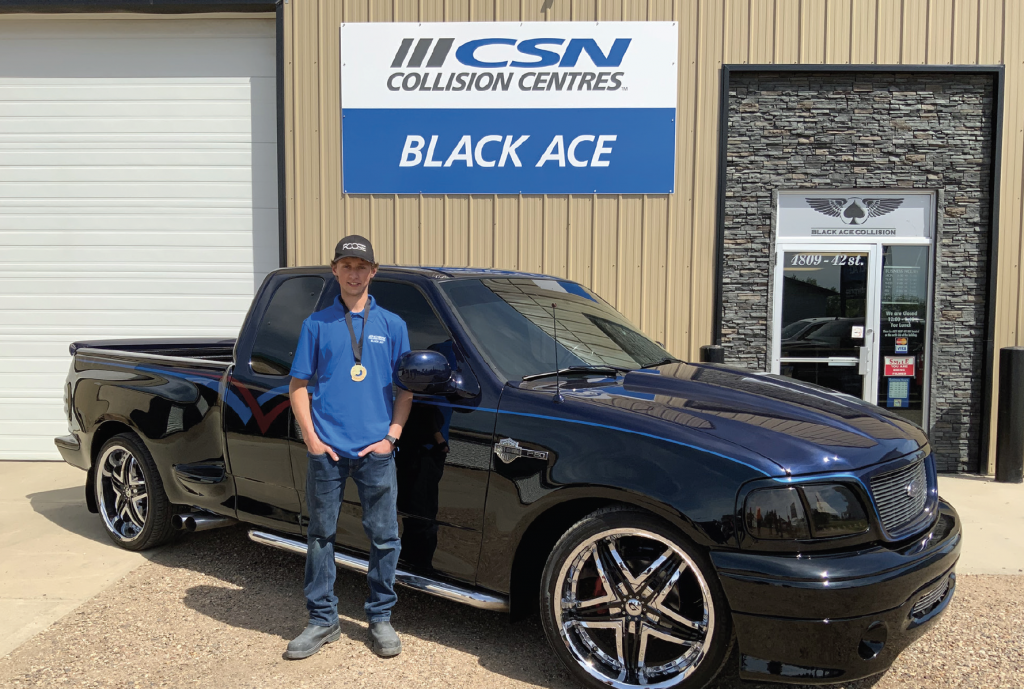 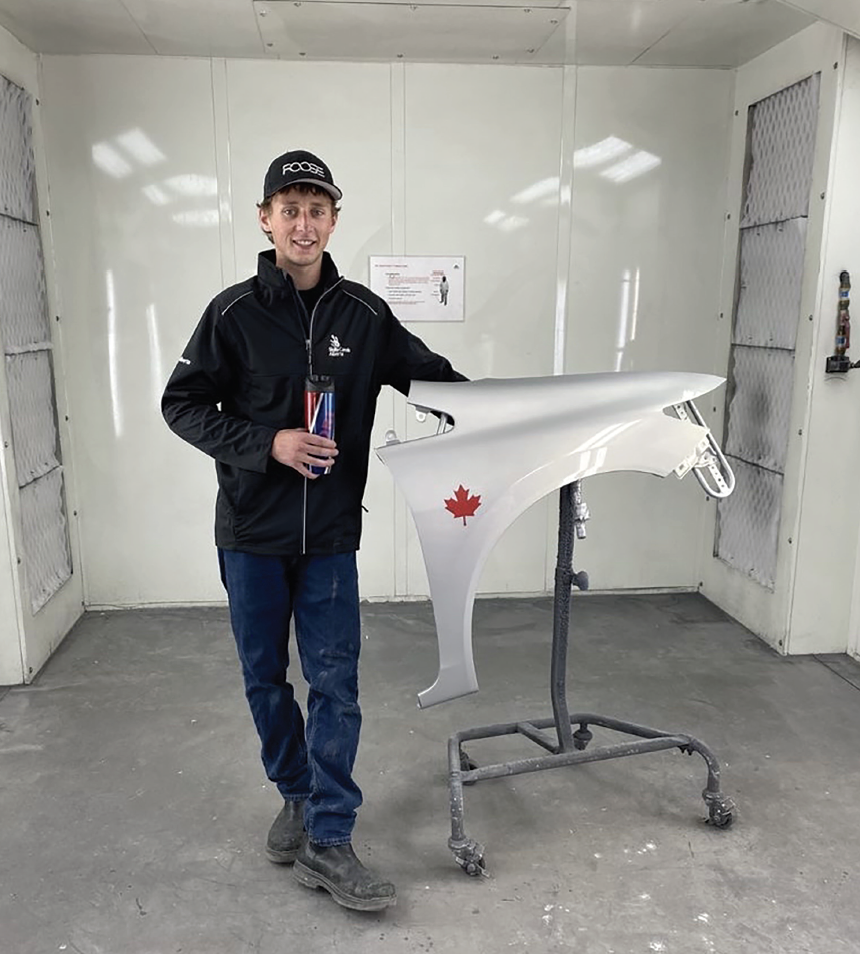