EVER SEEN A DRAG-RACING POLICE CAR?

Toronto’s Paint Source Automotive celebrated the relaunch of the Police and Community Educating Racers (P. A.C.E.R.) Program in August, where companies and local organizations gathered for a barbeque and the unveiling of a police-themed drag racing Dodge Dart.

The P. A.C.E.R. program is a not-for-profit community organization that works with police to educate the public about illegal street racing and dangerous vehicle modifications. Paint Source Automotive is among the organization’s primary sponsors. Companies like BASF, 3M and Toronto’s Tropicana Community Services were also integral in the construction of the new build.

According to Mathew John, co-owner of Paint Source, the P. A.C.E.R. program aims to educate the next generation of drivers about the dangers of illegal street racing, after the initial launch in 2002.

In the last two years, organized street racing on highways began shifting to drag racing with varying legality—sometimes in purpose-built structures for legal racing of all kinds, sometimes racing during the wee hours of a city. After surviving a street racing accident 20 years ago, John made it his mission to educate the public about the dangers of illegal street racing, and advocate for safe, legally sanctioned street races in Toronto, a better alternative to courses several hours away or illegal racing.

“We have a new era of drivers who are not familiar with the program and its history,” he said, citing 400 speeding tickets laid in the GTA over the last four months. “As much as we may not like to admit it, speed’s best companion is safety. 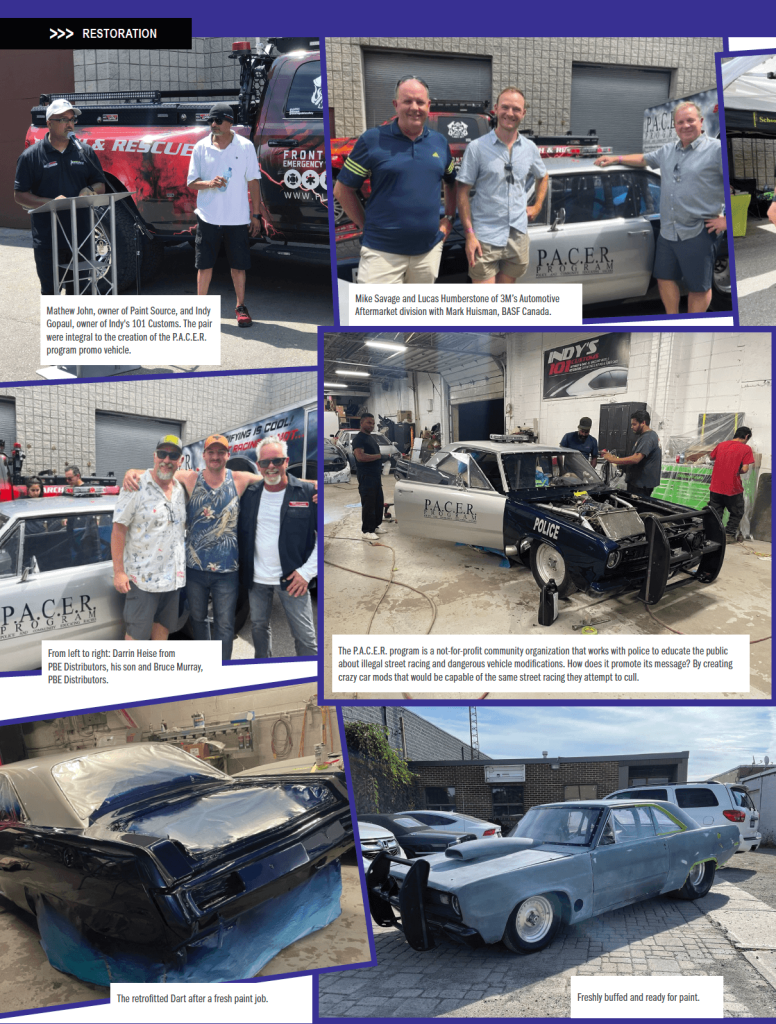